Today was a big day for me, and for WHEN THE BEAT DROPS. Today, my cover was revealed on the wonderful YA book blog, Pop! Goes the Reader.

(Here’s a sneak peek—you can check out the whole thing over on Jen’s blog.)

Much like a book, a book cover doesn’t just appear fully formed from the head of a designer one day. It’s a process that involves lots of thought, care, revision, and weigh-in from different parties. In the case of this particular cover, one of those parties was kind of a pain in the you-know-what: ME!

I was excited to be working with Sky Pony Press because they actually asked for my thoughts on the cover before putting their artist to work. I’m sure many authors just say: “go wild, I trust you!”

But not ME. I had THOUGHTS. I had OPINIONS. I had LOTS of them.

I sent a long, bullet-pointed e-mail with thought starters, examples, color ideas, and stuff I definitely DIDN’T want. For instance, there are already a lot of covers that prominently feature headphones. And they all look amazing. 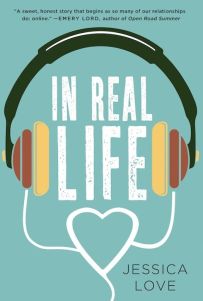 But since it’s been done so many times before, to such great effect, I wanted to try something different.

What I really, really wanted, more than anything, was a cover that reflected how a party looks from behind the DJ booth. It looks completely different than it does from the dance floor: it’s all lights and bodies, dark silhouettes and bright pops of color. And when the energy of a party is good, you can feel it in a whole different way from inside the DJ booth. If at all possible, I wanted to replicate that feeling.*

So I told my editor and designer all of this in a probably-way-too-long e-mail, and gave a bunch of thought-starter ideas for images, and then was all: “but I don’t want to hinder your creativity so if you have other ideas….”

They came back with a bunch of images. The first was the one that’s now on the cover. And I melted into a tiny writer-puddle on the floor because it was perfect.

So we had our image and everyone lived happily ever after, right? WRONG.

And that’s when I became the client from hell. I would not stop sending e-mails. So many e-mails. With so many party and festival fliers featuring so many fonts that I was sure would just be perfect and can’t we please just try it??!?!?!? 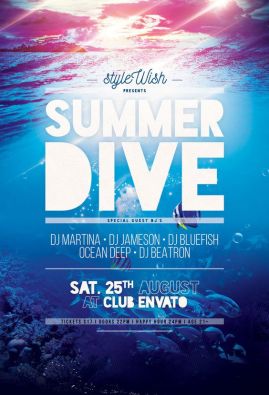 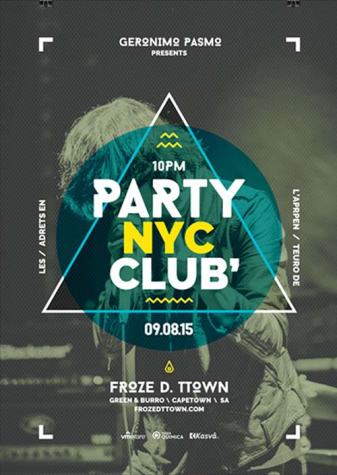 To their credit, my wonderful editor Becky Herrick and cover artist Kate Gartner humored me by trying many of these on the cover. Unfortunately, none felt right. There was also a great deal of hand-wringing and tooth-gnashing over whether to add a glow around the word “BEAT,” which we ultimately decided not to do because it looked juuuuuust a little too cheesy.

In the end, we went with one of the first fonts Kate had suggested. It is simple, elegant, and even kind of similar to the font on my dear friend and YA-book-writing buddy Sarah Porter’s brand-spankin-new shiny-covered novel, WHEN I CAST YOUR SHADOW:

(Which is an incredible book that everyone should drop everything and read right now. And I’m not just saying that because we’re font-twins.)

In the end, I only ended up being the Client From Hell for the duration of a few e-mails. I hope I wasn’t too hard on my team, and I am so grateful for all the work they put into my gorgeous, amazing cover!

Now to get it framed and hung on my wall…

*Based on this paragraph, you may erroneously think I’m a DJ. I’m not. I’ve tried to beat-match before and I suck at it, even when I use the SYNC button. But I’ve thrown a lot of parties and dated maybe too many DJs (and even married one!), so I have spent my fair share of nights observing parties from the booth.

This is a text widget, which allows you to add text or HTML to your sidebar. You can use them to display text, links, images, HTML, or a combination of these. Edit them in the Widget section of the Customizer.
%d bloggers like this: